In early July the U.S. Department of Homeland Security (DHS)/Office of Cyber and Infrastructure Analysis (OCIA) published an analysis entitled Impact of Population Shifts on Critical Infrastructure.  The report is a very compelling and interesting read and gives you a sense of how hard it is to augment infrastructure when the population is increasing (such as in the areas where fracking is in progress) and, how difficult it is to maintain current infrastructure when your tax base -- i.e., population -- is leaving as in the Rust Belt of the US. 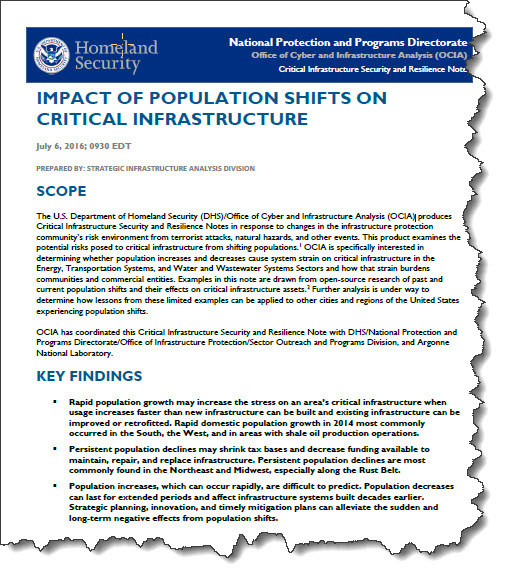 To give the reader a sense of those areas in the continental US where population increase and decline may contribute to stresses on installation and maintenance of critical infrastructure is shown in a map shown below: 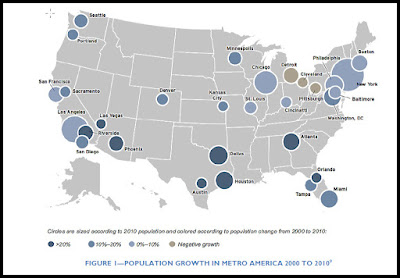 The map does reflect population shifts from the Northeast and Midwest to the South and West -- especially Texas, Georgia and Arizona/Nevada. According to the report, the new growth is in part because of high-technology magnet areas in the West and South, energy development of shale gas and shale oil in rural areas throughout the country, and regrowth in cities in the South and West with housing-led reversals. This growth is also partially because of lower costs of living, potentially including lower tax rates.

The report does offer some approaches to address bot increasing and declining populations and the impacts on critical infrastructure.  The key recommendations for both cases are:
### 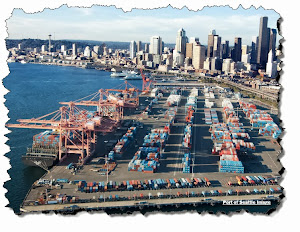